State of IBM i Modernization Survey: Current Status Towards IBM i

This year’s annual ‘State of IBM i Modernization’ survey focused on three key topics: the current state of the IBM i, the current attitude towards the IBM i, and what the future looks like for the IBM i. Profound Logic reached out to the  community with a series of vital questions on these topics and we received nearly 800 responds from developers, executives and everyone in-between. This large scale response resulted in one of our most productive surveys, giving us a wide range of answers.

Traditionally, the negative view of the IBM i has been a roadblock for future development and modernization. This survey proves that that attitude is shifting, with more businesses having more confidence in the platform than in the past. Concerns are still present – a diminishing developer pool and outdated interfaces for example – but none that can’t easily be addressed to ensure a long and healthy future for the IBM i business.

This three-part blog series will dive into the key topics discussed within the survey: This week we discuss the Current Attitudes Towards IBM i.

What is the Upper-Management View of IBM i?

One of the largest challenges for IBM i developers over the past years has been the negative view that their upper management has of the IBM i platform. This can make it exceedingly difficult to get new funding, additional work-force, or even justify the need for developers. Thankful this survey shows a significant shift away from the “negative view” of management towards a more “neutral view.” The “positive view” of the IBM i  platform has also increased from last year’s survey. 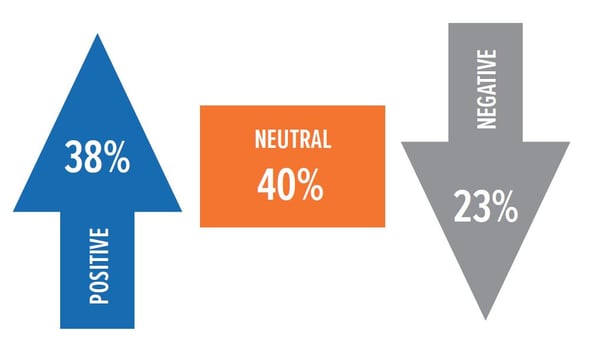 What Qualities Do You Appreciate Most About IBM i? 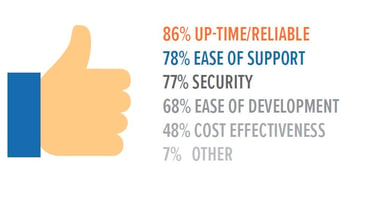 The IBM i continues to deliver great value to businesses. Based on the results of this year’s survey we see what the qualities developers appreciate the most. Up-time/reliability tops the charts with ease of support closely behind. Security again is in the top three qualities of the IBM i with ease of development and cost-effectiveness bringing up the rear. The ride range of qualities that IBM i developers appreciate solidifies the value that the IBM i platform gives to many different companies on many different levels.

What Are Your Top Concerns About Your Company’s IBM i Applications?

The roadblocks facing businesses on IBM i this year are similar to those they have been facing the past several years. Fortunately, the top concerns – outdated interfaces and source code – can be addressed with modernization tools and services that Profound Logic can provide. A shrinking developer pool continues to be a high-value concern, despite options that make it easier to hire new developers for the platform, such as moving to free-format RPG and Node.js. The most significant change is the “Lack of confidence in the platform.” The percentage of people who lack that confidence is down from 30% to 20% in only a years time. 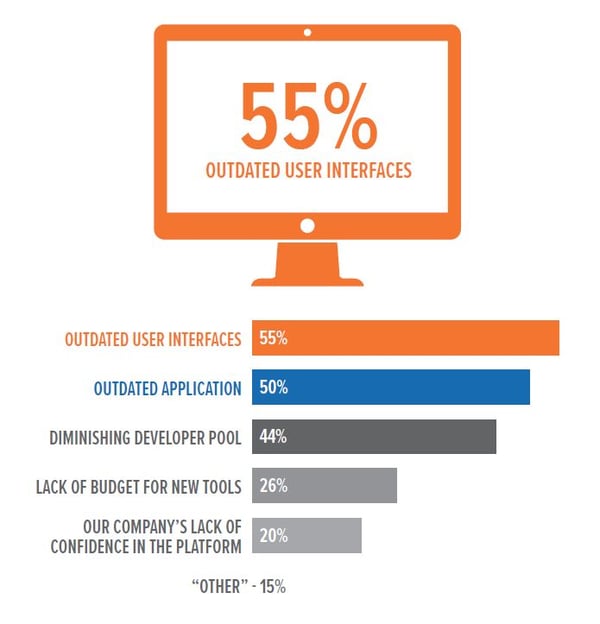 The goal of the State of IBM i Modernization survey was to asses the current attitude towards the IBM i platform and determine the current/future plans for modernization. Here are some details of the participants in the survey.

What Size is Your Organization?

What is Your Role for Purchasing New Software/Hardware? 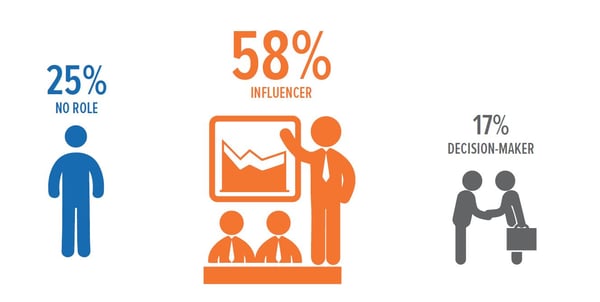 Which Best Describes Your Position?

Profound Logic’s mission is to provide the most innovative and native solutions for IBM i application development and modernization. For 20 years, we have transformed thousands of legacy interfaces, developed modern desktop and mobile applications, and optimize enterprise systems. Our developers are true IBM i experts and fluent in modern languages that include RPG, PHP, HTML5, and Node.js.